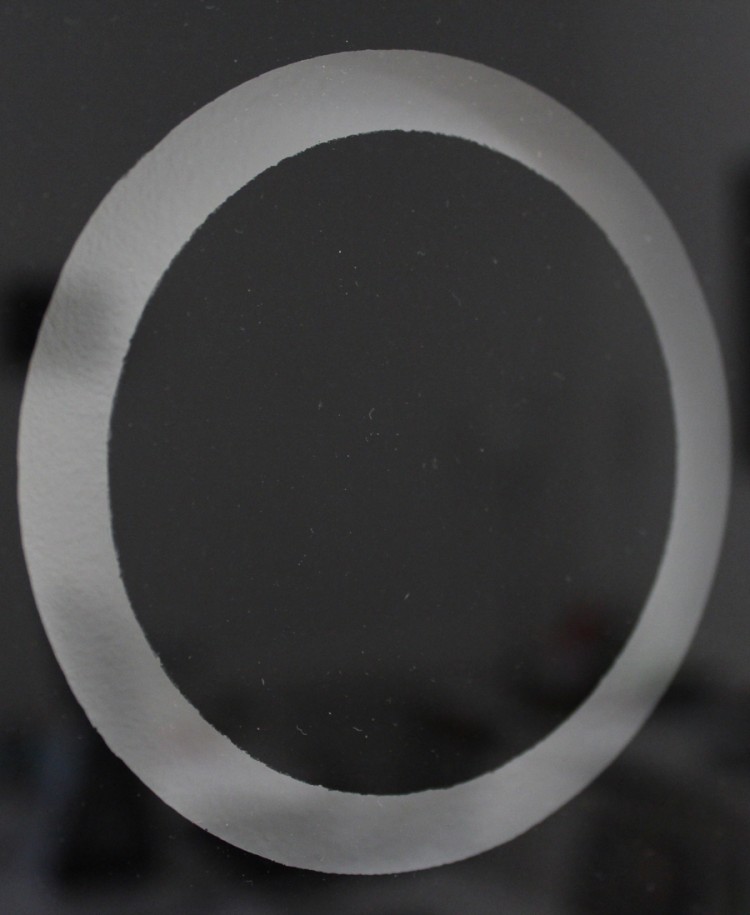 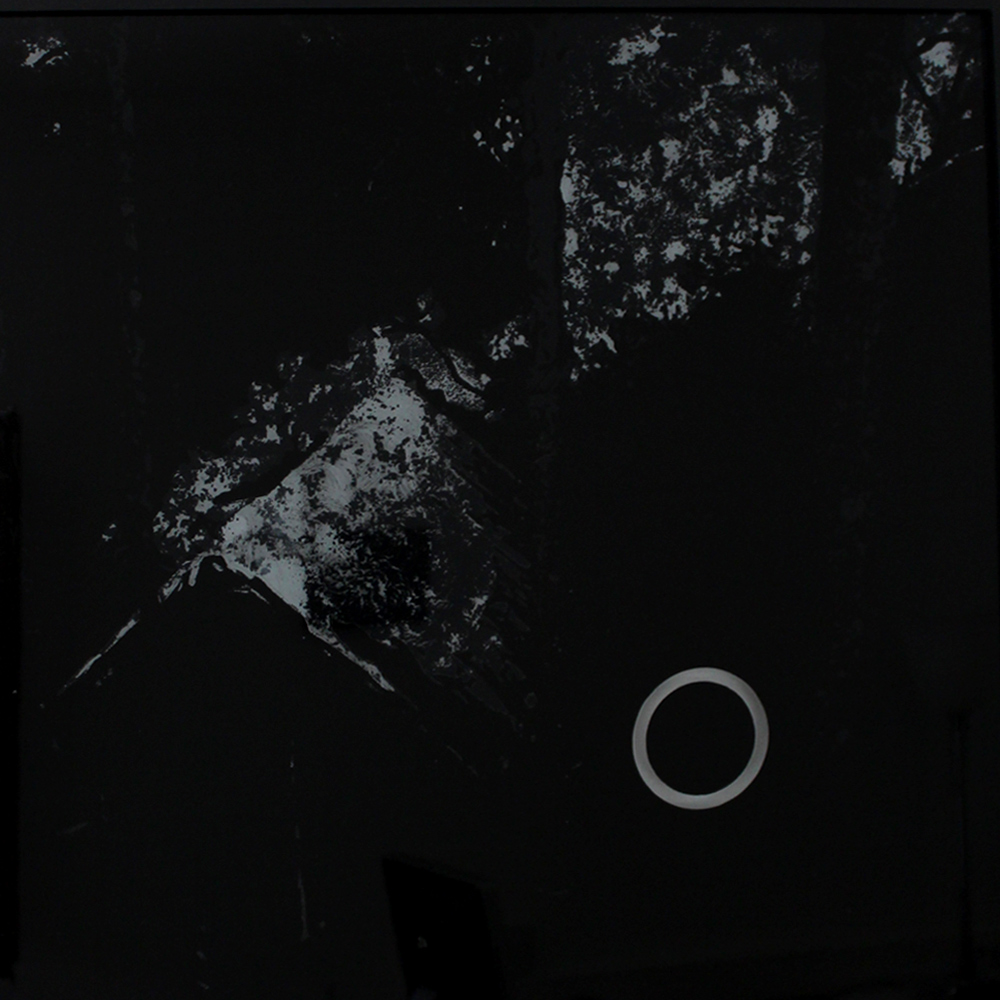 A flat white area completely covers a glass plate. Some parts are then scraped with a metal chisel. In this case, it’s the snow that has been completely removed from the original landscape. This results in an image with specific vibrations, a “stroke” without stroke, paint by subtraction. Indeed, what remains on the glass has not been affected, and the outlines of shapes obtained have something that would not have been possible with a more traditional method of painting: an uncontrolled tremor.

The plate is then presented in its carrying case, acting as a frame, and fully participating in the unveiling of the landscape by giving it a colored, ribbed and textured background. Both straps that are usually used to close the crate, fall on the ground. 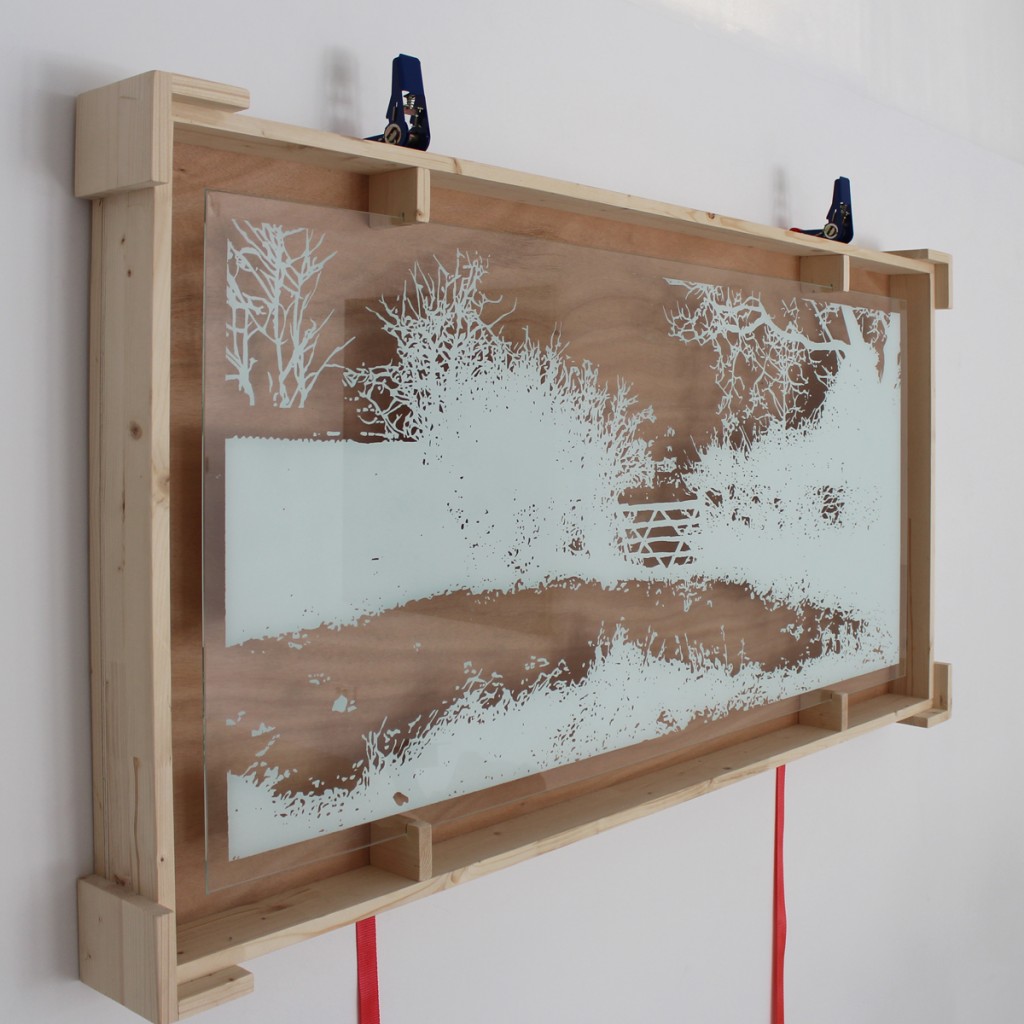 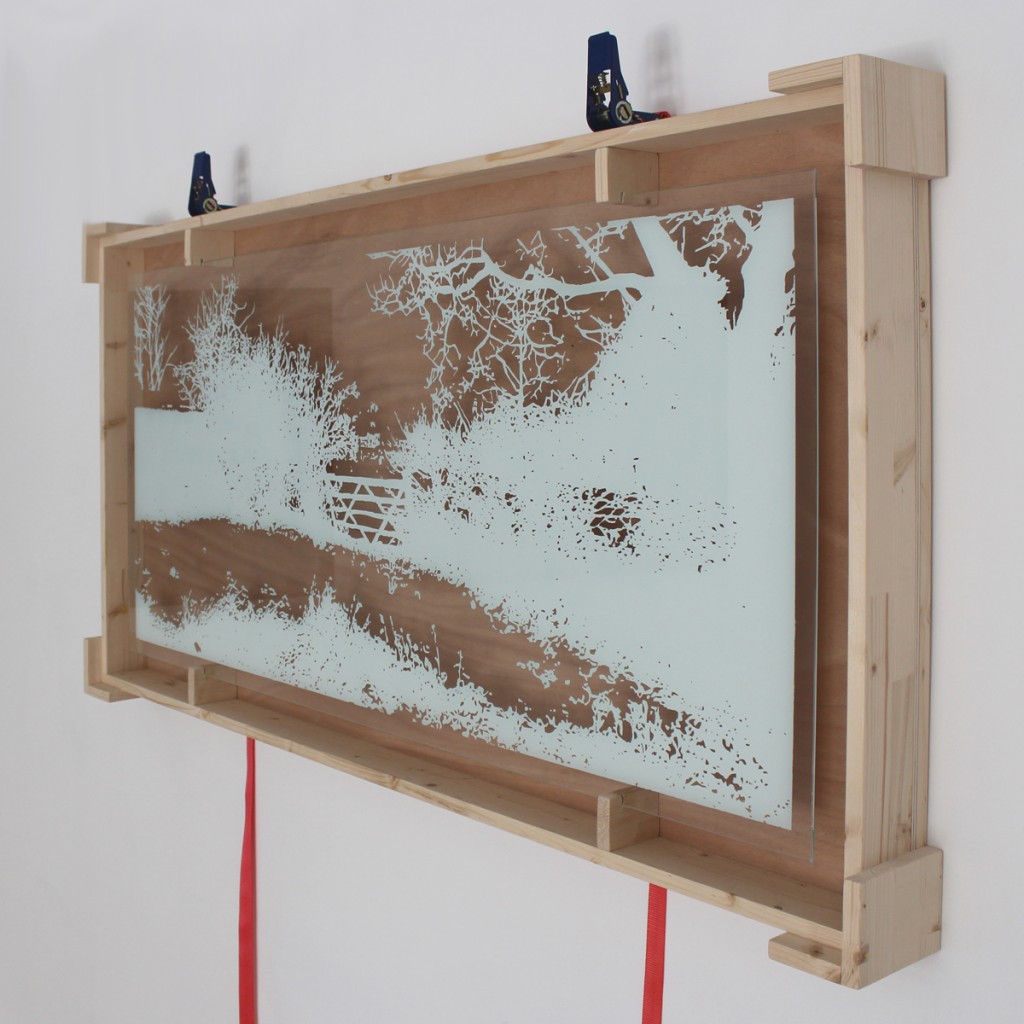 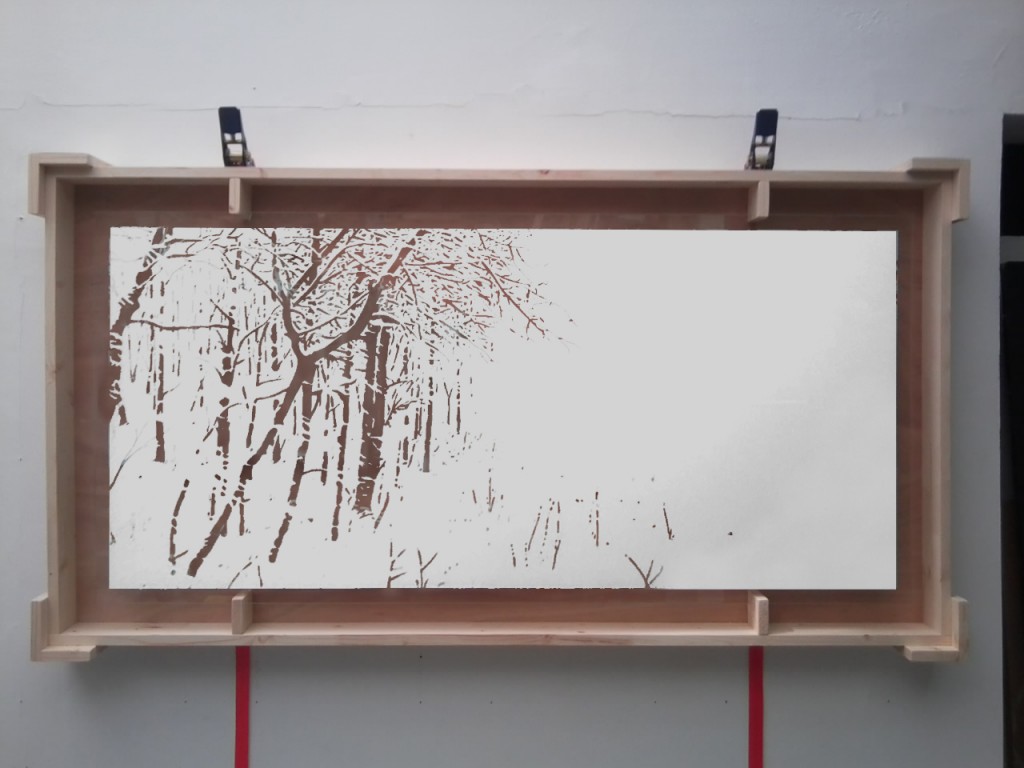